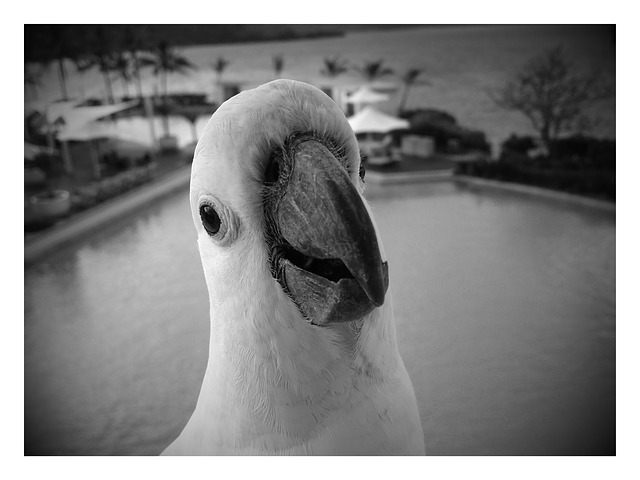 Our liveaboard friend, Brian, knew a another couple on his dock in St. Pete who lived on a 52-foot sailboat, an Irwin.

Irwin Yachts was owned by Ted Irwin, who was also the designer. The boats have an excellent reputation. Ted Irwin was seven years old when he moved to the Tampa Bay area of Florida. He started building boats when he was just 15 (in his backyard!). He built his very first commercial sailboat right here in St. Petersburg so he’s quite the legend around these parts! His bio is fascinating. You can read it RIGHT HERE.

Brian had explained our situation to Stan and Chris and they generously invited us to come tour their boat. The next day, Richard, Brian, and I all drove over to have a look.

Capt. Stan is a courageous local fireman who’s about to retire and his wife, Chris, is a schoolteacher. They’re heading out this summer for two years on the high seas. We’re so jealous!

Their boat is beautiful! The cockpit is large enough for entertaining, which is very important to us since everybody we know has already begged for a dinner and/or sailing invitation. (Brian warned us that would happen!) The boat is large, heavy, and sturdy. It has beautiful lines and is very well-maintained. Stan is not only quite handy but he’s also a genius when it comes to boats! Just last weekend, he chartered a boat to the Florida Keys for an owner.

We entered through the companionway. Once we reached the bottom of the steps, we were in a large salon. The kitchen had plenty of room, too! I was impressed! I looked at Richard, hoping he also thought the interior was large enough for a family of four. But, he and Stan were deep in discussion about fuel consumption. Once Richard heard you could travel hundreds of miles or more in that boat on one tank of fuel, he was “hooked” (are you getting tired of my nautical puns yet?). Motoryachts use tons of fuel, and traveling in them is very expensive. You’re also limited in your travels because you can only go as far as the farthest fueling dock. With a sailboat, if you run out of gas, you can still get home (though docking might be a bit tricky)!

We got to see the three staterooms and the two heads. There was ample storage and we learned they’d traveled extensively while living aboard with two children years ago. Their granddaughter frequently stays with them and they even have a pet cockatoo on board, who hung out on Stan’s shoulder the whole time, enjoying having his neck scratched. (Since I know you’re wondering, I’ll go ahead and mention it. No, Capt. Stan does NOT have a peg leg.) We had a long conversation and they patiently and enthusiastically answered all of our questions, as well as offered information we didn’t even know to ask about.

When Stan and Chris started shopping for a boat, it took them two years to figure out exactly what kind they wanted. And, it took them another two years to find it. They found their 52-foot Irwin in Texas and they hired a local captain and broker named Gene Gammon, who had previously worked for Irwin for years. Gene flew with them to Texas to pick up the boat, and helped them sail it through the Gulf of Mexico, back to Florida. Not-so-coincidentally (this is a REALLY small town and the nautical community is deeply entwined), Gene Gammon is the owner of IrwinYachts.com,  which features Ted Irwin’s bio that I linked to above. On that site, you can find tons of information on the history of Irwins and you can even buy copies of owners’ manuals and blueprints, which were originally printed long, long ago.

As we were leaving, we thanked Stan and Chris profusely, and offered to take them out to dinner the following week. That became the first of many educational and entertaining dinners we would share with them! They’re a riot!

On the way back to the apartment, Richard said he could definitely live on a boat like that. I was ELATED! I was finally going to get the sailboat I’d been dreaming about! But, how long would it take us to find one?

Turns out, the boat of my dreams was closer than we could have ever imagined…

NEXT: AS FATE WOULD HAVE IT…