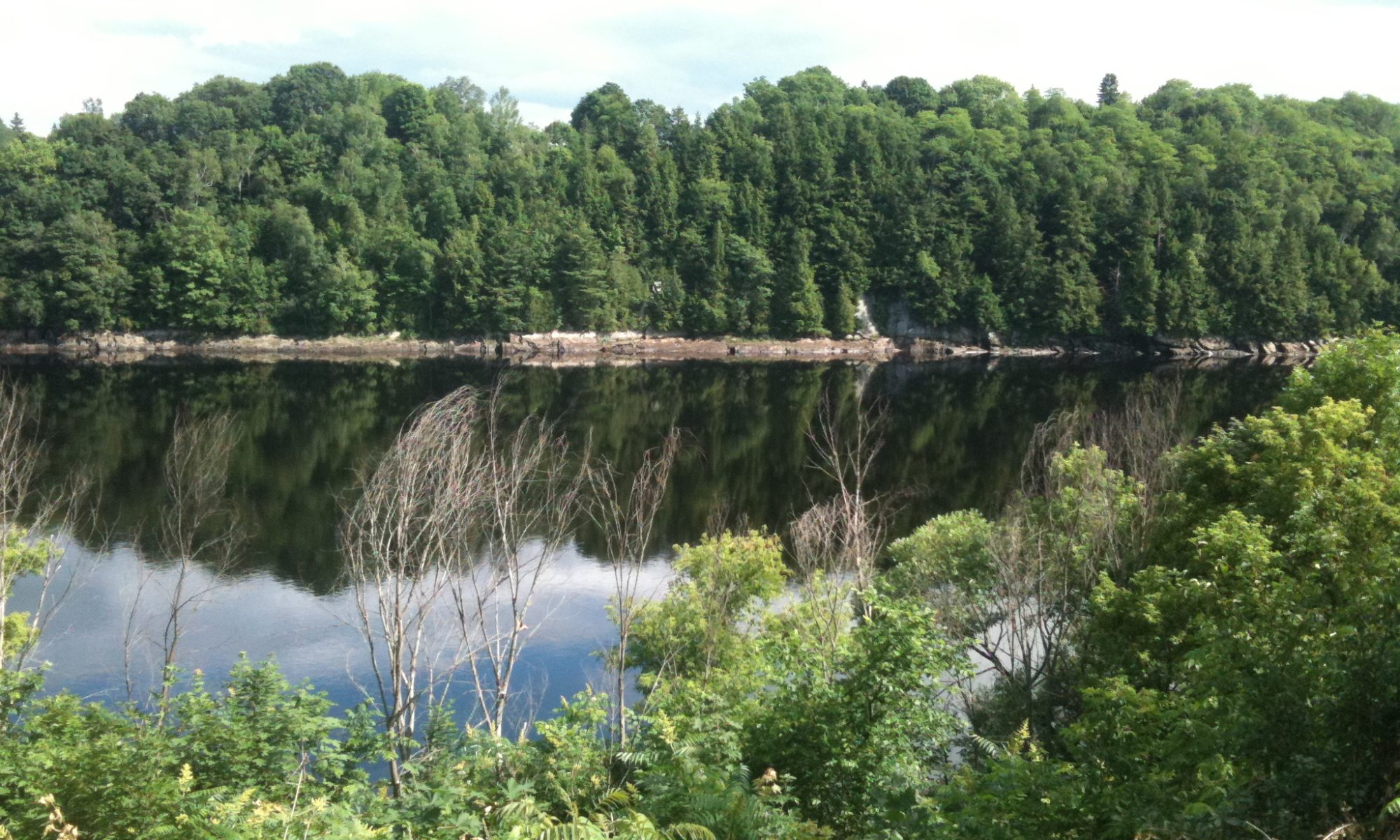 When I was deep into my divorce, Richard, a co-worker I’d known for two years (and also a VP of the company), asked me out. Before we were even dating, he became very protective of me after hearing about the police being called to my house numerous times. (My employer had also notified the police when my ex threatened to show up at my office one day.) I had recently been promoted to a management position, and was making good money, but car chases with my ex, and being on a first-name basis with officers at the police department, made me fear not only for my job, but for my life.

Richard, a long-time bachelor at age 30, was a classic romantic. So many young women flock to the bad boys. Richard had never been like that. He was a hard-working, kind, faithful, sweet man. My mother later said he was the polar opposite of my ex-husband. He even drove me to the courthouse on the day I had to apply for an order of protection against my ex.

Richard got along GREAT with my children! He was easy-going, soft-spoken, gentle, handsome, and so smart! He even loved video games and mac and cheese, which the children thought was so cool. And, he wanted to take care of all four of us…forever! I was HOOKED (ooooh! another pun!!!). My divorce was finalized a few months later and, because my ex wasn’t paying child support, I could move anywhere with the children. (My ex later gave up his parental rights after owing more than $30K in child support and we haven’t heard from him in several years.)

Richard got an even better job in Massachusetts and we rented an apartment for a year. I was running a small online business by this time, WritersWeekly.com, which had started as a hobby. With Richard’s help in the evenings, it grew quickly and, just a few months later, I was able to “hire” him away from his “real job.” We started house-hunting after reading that Maine was the “safest place to raise a child,” and started looking exclusively at waterfront homes there, which were very reasonably priced in that neck of the woods.

I, of course, HAD to live on the water. Salt water or brackish. It didn’t matter as long as it was MOVING water. I have always felt that living on moving water keeps me connected to the rest of humanity and the universe. Tides in. Tides out. The water continues to travel…all over the world! We are all connected by the currents of the sea. I crave that connection! If I don’t have that, I feel landlocked, disconnected, incomplete.

We bought a home on the banks of the mighty Penobscot River in Bangor, Maine, a huge, churning body of water teeming with wildlife, and connected to the Atlantic Ocean. The first week we lived there, seals were sunning themselves on the rocks below! I’d never seen a wild seal before! American Eagles soared during the warm months. In the winter, the river would ice over and, if you stood outside in the quiet of night, you could hear that living, breathing, violent river creak and moan with an intensity that was frightening. Imagine what a ghost or ghoul might sound like, moaning into the dark, cold night, his deep, rasping breaths and groans sending fog and shivers across the ice, upending small bergs as they try to dispel the frozen traffic jam built up for miles inland.

Of course, we eventually built two decks in the backyard to enjoy the view…and the creepy sounds!

It was a three-story house built in 1896 and we bought it from the original family after the matriarch died in the downstairs dining room. (We didn’t tell the children about that until years later.) Thirty-six hundred square feet ON the river. We paid $92,000 in the year 2000. Yeah, it was a steal! This was our amazing view in the summer. This was the Penobscot River in the winter. (Look behind Max.)

We did not buy a boat in Maine because, well, with snow on the ground more than half the year, it just didn’t make any sense. But, I enjoyed looking out of my “home office” window at that beautiful, tidal river day after day, and I loved sitting outdoors, watching it…when it was 30 degrees below zero.

During those years, we had two more children, Max and Mason, and took in another child who had nowhere else to go. We now had six children so the seven bedrooms were all full!

A few years later, we bought an RV, pulled the youngest kids out of school (our oldest son and the kiddo we took in were seniors in high school), and started homeschooling them. Back then, as now, family and friends called us nuts and even irresponsible. The word “hippies” came up more than once. But, we persisted. If our business and the kids’ online school could travel anywhere with an Internet connection, why couldn’t we?!

So, each year just after Christmas, before the blizzards buried the town, we’d hit the road with the younger kiddos and the business, heading south…toward my beloved ocean! Of course, my absolute FAVORITE campgrounds were the ocean-front ones. Each time I was near the ocean, my blood pressure would relax, my muscles would melt, and I’d be in my happy place.

We lived in Bangor for 10 years but, when the taxes began to eat away at our small business income, and when politics, a casino, and three new methadone clinics up there made it not-quite-the-same-small-town we’d once loved, we started thinking about moving. When our now-grown daughter (child #2 of 6) decided she and her boyfriend were going to start doing seasonal work on Florida, I knew she’d fall in love with the ocean down there and that we’d rarely see her again.

By that time, four of our kiddos were adults and two were still quite young. We took a vote. All but one of the children wanted to move south. Our son, Matt, was attending Columbia in New York and his girlfriend (who he later married) lived in Portland, Maine. We were sad he didn’t want to come down but he was working on a degree and it just wasn’t practical.

Again, we hunted for a waterfront home (an absolute necessity for my mental health!), this time to rent while we looked for a home to buy. We found a home in a quiet neighborhood in Florida on a brackish canal that had lots of alligators…so many that we couldn’t let the children play outside the pool screen area of the backyard! One of our sons teasing a small gator.

So, we spent that year going to the beach or playing in the pool. It was a fun transitional year and, within 12 months, we’d found a home to buy on a saltwater canal just around the corner from Sarasota Bay. The day we closed on the house, there was a manatee swimming in our backyard!

The house was too expensive but I had my saltwater back again. We fished. We crabbed. We watched parades of boats going by each day. We honestly didn’t want to spend money on a boat. We figured we’d just wait until one of our kids bought one. And, our daughter and her boyfriend eventually did. We were content sitting in our backyard, watching fish jump and stingrays occasionally throw out one of their fins to say hello. And, the beach was only five minutes away.

Sadly, that house started to eat us alive. Despite numerous inspections by general, roof, and termite professionals, the house had many problems – electrical issues (it needed rewiring), roof (it rained indoors in several places two days after we moved in), and there were indeed termites. The infestation was so bad that we had to have the entire back wall of the house ripped out and rebuilt. Still, I LOVED having all the wildlife in the backyard!

Four years and $100K in repairs later, we learned the sea wall was cracking. That was going to be another $45K-$55K to replace. We couldn’t do it. We knew we’d never get that all money back no matter how long we owned the house.

During that time, a whacky friend of ours was dating a guy named Brian who worked a regular office job, but lived on a boat in Tampa Bay. The couple soon broke up and, after their parting, we chose Team Brian because, well, he was way cooler (and he wasn’t a nut-job).

On one night when we were all out to dinner, I casually asked Brian what the slip fees were for the marina he lived in, which overlooked beautiful downtown St. Petersburg, Florida and Tampa Bay. He replied, “Seven hundred a month.”

Richard looked at me. I looked at him. The seed had been planted…

NEXT: BOAT SHOPPING AND SURVEYING WITH CAPT. BRIAN