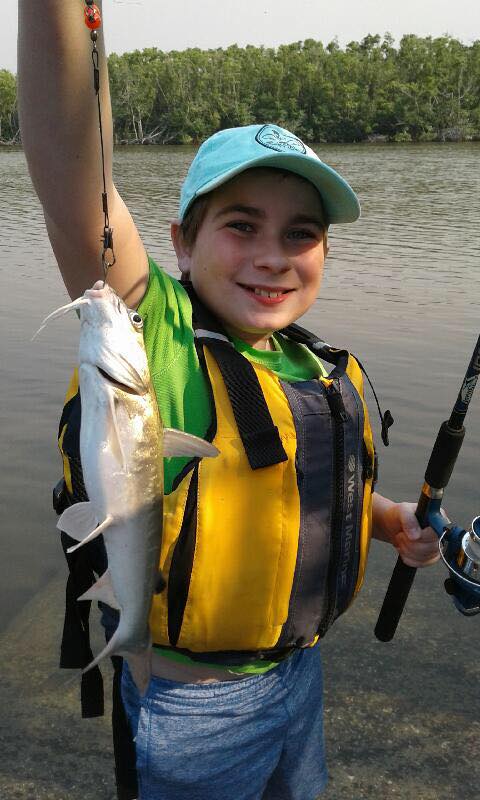 Each year in March, the Grand Prix comes to St. Petersburg. A couple of weeks before that, they start blocking off huge chunks of downtown, near the waterfront. The cars actually race through the streets of town in a large, meandering circle. Large gates are set up to prevent crashing cars from hitting buildings and pedestrians.

While this sounds cool, it creates a traffic nightmare. And, for the three days when the cars are practicing and racing, the sound is absolutely, alarmingly deafening.

Last year, we were located in a high-rise apartment three blocks from the waterfront. Despite being on the 18th floor, and having hurricane-proof doors and windows, we still had to shout inside to hear each other talking. Worse, the noise would start at 7:30 a.m…on the WEEKEND! It was pretty awful for residents.

This year, we decided to take No Tan Lines on her first big trip! Okay, it was only for five days but that was huge for us! We were going a spend the night on Beer Can Island, and then sail to Egmont Key for some history lessons for the boys, and then we were going to head into the Gulf of Mexico for deep sea fishing!

But, as Murphy’s Law would have it, on the day before we were scheduled to set sail, the weather forecast took a dramatic change. A cold front was going to blast through, bringing gusts to 36-knots, and 6-8 foot seas offshore.

I know the boys must experience bad weather at times on the boat, but I didn’t think their very first trip would be good timing for that type of adventure.

We put our heads together and came up with an alternative plan. Since the boys were so excited to have a vacation, we simply had to create a new one for them. The next morning, we asked our good friends, Diego and Stephanie, to watch the boat. We packed our clothes and camping gear in the truck, along with the dinghy and outboard motor (we had promised them boating, after all!), and drove three hours south to a campground on Marco Island.

We had a blast primitive camping, and then moved to a cabin when the front blew through. We hiked, fished, dinghy’d, played competitive games of shuffleboard, roasted marshmallows, weenies and burgers over the fire, and shared funny stories from our childhood. Everybody had a super time!

As of today, we’re in a holding pattern so no sailing is on the immediate horizon. No Tan Lines is scheduled to go on the hard next Monday because the driveshaft threw a bearing when I was learning how to dock her a few weeks ago.

I swear it wasn’t my fault!

NEXT:  WHEN YOU BUY A BOAT, EVERYBODY INVITES THEMSELVES FOR A VISIT…BUT CAN THEY HANDLE IT???